Interview with producer/Mc TzariZM. Reppin the O-Zone (Orlando) Fl.Another Heavy hitter coming out the Doxside camp. Peep the interview below. 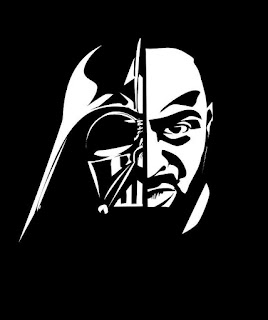 TzariZM-I was born in Riverside, Cali and raised in Memphis, TN, with my pops and spent every summer in either Long Island, NY, or Maryland/D.C. area with my moms. I’ve been in Florida now for about 18 years.

Cratez-who were your influences coming up? Musically?

TzariZM-It started with whatever my father and mother used to play as a young kid like Michael Jackson, James Brown, Marvin Gaye, The Temptations, Prince, Bob Marley and such. As far as Hip Hop and my music, It was Gang Starr, Wu-tang Clan, ATCQ, NaS, Redman. As far as specific producers, DJ Premier, Pete Rock, RZA, DJ Shadow, DJ Muggs to name a few.

Cratez- What's the meaning behind the name TzariZM?how did you come up with it?

TzariZM-The name TzariZM is like the full form of my original name of Quickdraw Da Tzar to Tzar Da Empira. My younger brother NeMo and I were searching for names in the dictionary for each other and Tzar was the name he found for me - which is an alternate iteration of czar or tsar meaning emperor, ruler or man of great power. It stuck with me since I was 16. At the age of 18, I moved to Orlando and was taken in by a crew/family called Realm Z. One of the members (REG’N) started calling me Tzar-IZM whenever he saw me and I liked how that sounded, as if I was an element. So I took that on and that became my strongest form.

TzariZM-I was a rapper first. I used to freestyle and come up with rhymes without at the age of 11-12 and started writing as a teenager. I actually started making beats the same time I got my name at age 16. I was introduced to a program called Digital Orchestrator Pro by my cousin Synopse and the rest became history. Writing rhymes and making beats became synonymous in my life. As of today, though, I believe producing has taken more of an edge over rapping.

Cratez-I always had love for Orlando. I feel Orlando always had a dope hip hop scene. Do you feel the same way? How is the Orlando scene now?
TzariZM-Yeah, I definitely fell in love with the Orlando Hiphop culture when I came here in 1998. A lot of my friends here I met through the music, whether emcee battling, open mics, shows, collaborations and such. I feel I came in at the golden era of the local scene. So many dope and talented acts came from the O, which is a widely uncharted city of musical depth. I am honored and humbled to represent the scene with so many like minded individuals.

Cratez- your album with Planet Asia " Via Satellite " was such a dope album. How did that album and collabo come about? 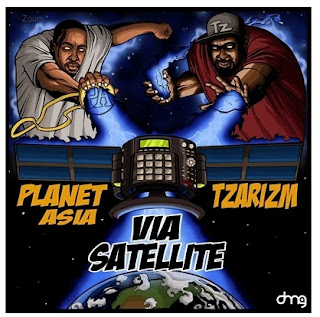 TzariZM-Thanks man, I appreciate that. Back in 2004, I arranged to bring PA down to Orlando for the first time and we rocked the stage together. I got a verse from him for one of my joints and built a friendship from there. Anytime PA came to FL, he hit me to chill and do music. In 2009, we decided we should knock out an EP while I was living in Brooklyn. So we started there and built up mad joints over the span of 4 years. We then decided to make it an album with the help of Domination Recordings and FlyDefinition and push for a full release. Another dope thing about the album is that we recorded most of it organically whether he came to Orlando and crashed at my crib or me flying to Los Angeles recording with him. It was humbling being just a fan of Planet Asia initially to being able to carve a piece in history with what we did.

Cratez- you got so much music out there from solo projects to production on other albums. Tell me about your latest release "The gritty world of Disney EP".

TzariZM-Much thanks for that sir. The Gritty World of Disney EP was completely an idea from my wife. She wanted me to create and release it on her birthday, so I had to deliver. I definitely dig how it came out and considering making it an ongoing theme of EP’s to come. It was super fun to do. Of course, they will be for free. Disney, don’t sue me...

Cratez- Will there be another Dare iz a Doxside Album in the future? 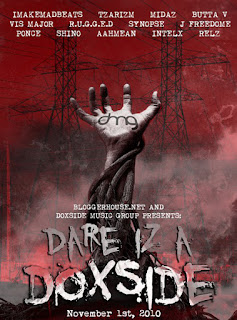 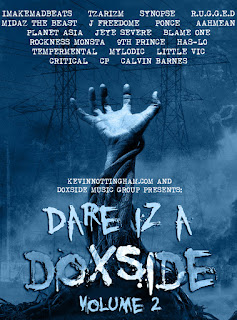 TzariZM-I’m not sure if that will happen. If anything, we may drop something of a new concept instead. Either, we all are constantly working on stuff and you will see music drop from the camp soon.

TzariZM-For me lately, it's been therapy to make a beat. As life has gotten more real for me the last few years, I lock myself into my space and zone out listening to samples and drums just vibing until something clicks. Once that happens, it just starts rolling. I primarily use the MPC Renaissance. The process varies, but a classic scenario involves a sample chopped and/or looped, drums chopped and/or looped, and then some sort bass element….I love the low end. I don’t overproduce much with tons of synths and crazy layers. I’m a boom bap dude to the core and have no problem sticking to the essence of sample-based music. I do produce originally composed music constantly and a lot of that stuff ends up on TV shows that you watch on MTV, VH1, ABC and many more networks.

Cratez- Are you a vinyl digger?

TzariZM-Man, definitely...I buy records impulsively, especially when out of town. I got tons of records that are untouched and spread out between FL and NY in storage. My choice of sampling is still vinyl even in the digital/internet age, which I have embraced as well.

Cratez- The Logan x-files Beat Sampler is heavy. What inspired you to come up with that? and i take it you a marvel fan?

TzariZM-Word, that was a cool concoction of my beats and my favorite superhero of all time - Wolverine. I channel Wolvie in my beats often and feel I match his aggression in my drums etc. When I made that sampler, I just wanted to showcase some stuff for possible collaborations that eventually came. It was also just fun to do. Yes, I am a Marvel fan and collected comics since I was 8-9 years old. I was always attached to the X-Men stories over the years. The Hulk, Spidey, Batman and others got love too. I still buy comics to this day.

Cratez- ok help me out here.I forgot to ask your brother about this track.  When i lived in Orlando back in the days there was this track that i heard on the radio called X marks the spot. I think  it was Izreal's show at the time .That song was so fucking dope. was that from your Doxside camp?

TzariZM-Yep for sure. That was my homie XODUS solo track produced by my brother NeMo (also known as IMAKEMADBEATS) back in like the year 2000 maybe. They killed that joint. One of my favorites from back in the day for sure. 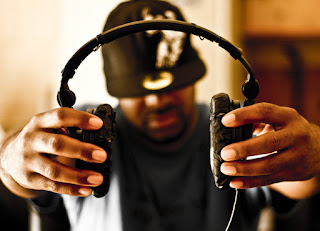 TzariZM-Not sure as of now. I think I will be concentrating more on making instrumental projects instead of

samplers. I got so much music that I am sitting on and I just want to put it out in some shape or form. Either way,
the beats are coming!

TzariZM-Some collabs with my Doxside camp on the way. Instrumental projects. A long-awaited second solo album. A second Heart & Brain project with my homie Vis. Another PA x TZ collab. More production work with artists I work with.

Cratez- Who are you feeling right now musically ?

TzariZM-Musically, I find myself listening to Jazz greats (Art Blakely, Charlie Parker, Miles Davis) and Reggae greats like Jimmy Cliff and Beres Hammond a lot more while driving around lately. Of course, Hip hop is constant still. Right now, I go to whatever Madlib puts out, Kendrick Lamar, whatever the Alchemist put out, Gangrene shit with OH NO is all crazy. Royce Da 5’9. Still go back to old MF Doom records. Not a lot of new school heads are in my cipher, but it’s not a hate thing. I just like what I like.

TzariZM-My wife Yaischa, my son Micah, Mom, Dad, My whole Doxside family always and everybody that has ever supported my music. I love all of you. More to come. Thanks homie for the interview. Bless.