I had the opportunity to interview the homie Rob from D.A.D.E Wear.  We go way back since the 90s from the streets of South Beach, to the days of Animal Farm and Pervert. To me there is no other reppin the home town like Dade Wear. And it feels good to see that Dade Wear is keeping the movement alive out here. Here is my interview.

Cratez- Where you from and grew up?


Cratez- When did Dade began? and who and what were your influences coming up in the design game?

Rob-I believe it began in 2001 as an idea for a record label we where going to launch called Down And Dirty Entertainment. The plan was short lived, but the name was dope, and people where feeling the logo. So in 2004 I decided to flip it to Down And Dirty Ethics and launched the street wear line. I was always into skateboarding and had a passion for graphic Tees. Growing up on South Beach I was heavily influenced by the local lines like whammy, Happy Camper, Kosher, and of course the triple OG's from Pervert and the Animal Farm store.

Cratez- What does Dade stand for ? Tell us the meaning behind the brand?
Rob-D.A.D.E. Stand for Down And Dirty Ethics. The name pretty much explains it all. I wanted to create a brand that repped my hometown (DADE) and also repped the mentality I had growing up here. ( Down And Dirty)


Cratez- Tell me about your designs and how you cook up ideas for them?

Rob-Thats a tough one. Honestly, I dont even know how to answer this question. I get different inspirations for each design, theres no set formula. Sometimes I get inspired by jamming to some old 2 Live Crew mixes, or from a Visual I get while driving through the city. I really try to pull in inspiration from everything around me. 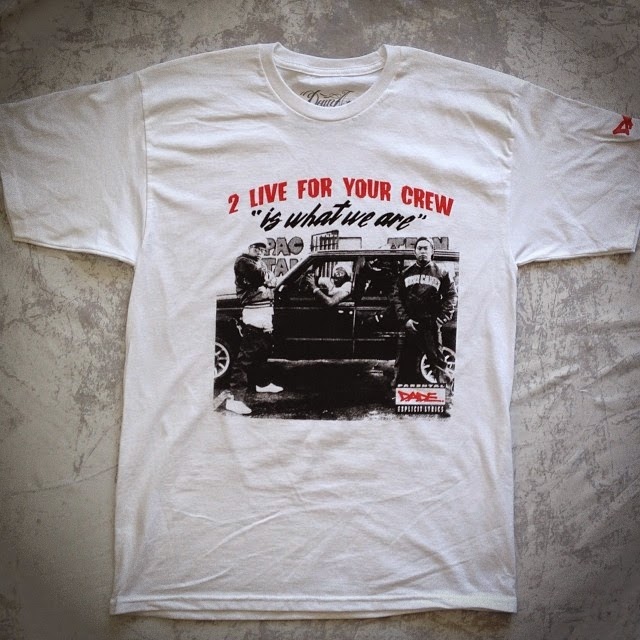 Cratez-With so many Brands out there What makes Dade different than the rest?


Rob-We dont just print it, we live it! ha ha Honestly, I think what differs us from many other brands is that we truly rep our city to the fullest. Its not easy to try and appeal to a worldwide audience while waving the hometown flag! But we manage to do so by balancing good design with home town love. 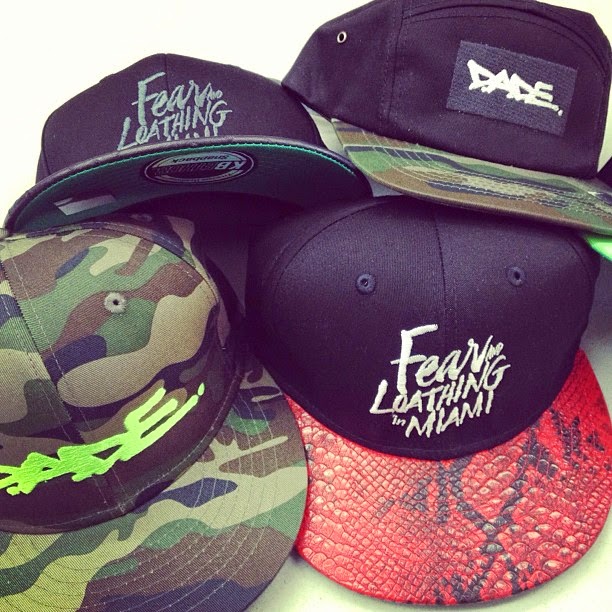 Cratez- How do you see street wear today compared to when you first started?

Rob-As my brother P-dub would say... Street Where? I feel like the game has been devoured by culture vultures and the internet made it way to easy for everyone. The game is over saturated  with brands imitating brands imitating brands. But at the same time it's amazing to see how far its gotten. There are still plenty of dope brands maintaining and emerging everyday. I remember in my youth you either needed to know someone, a store, or have access to a catalog for mail order. Dope T-shirts where not that easy to find, and following a brand required real loyalty.
Cratez-What inspires you in your work right now?

Rob-Graffiti, Music, Vintage Design, Miami History and anything that yells out Down And Dirty!


Cratez- I'm out to Bomb like Vietnam.Ha love that shit man.That shit made me pull out Between a rock and a hard place Album. Tell me the meaning behind that shirt ?

Rob-I designed that shirt for all my Graffiti heads out there.  I know how it is being a writer but not wanting to expose yourself as a writer. So I wanted to design a shirt that a Graffiti writer would appreciate but a civilian would not notice it being related to graffiti. So I put together the concept of having a vintage BOMBER Pilot with the Classic line from the artifacts wrong side of the track. "Im out to bomb like Vietnam under the same name TAME ONE!"


Cratez- Do you do trade shows? and how you feel about them?

Rob-Honestly I dont, But I feel its necessary if you want to expand into the wholesale business. Something we will be doing in the near future.


Cratez- In the future will you dabble in jeans, jackets, etc. ?

Rob-Yes, we are planning to evolve into a cut and sew line.


Cratez- You got the dopest line out here. and im not saying that cuz we are friends lol. Whats in the future for Dade ? Any ideas going on right now?

Rob-Flagship store is the next move!
Cratez- Any last words ? Plugs? Tell us were to cop the dopness?


Rob-Shout out to everyone that has ever supported the D.A.D.E. movement, I appreciate you all. Big ups to my F.Squad, (N)etwork and the Dade Trap Team.
Much Love to Crate Scienz for the interview.


Check the site www.DADEWEAR.com for the new shit.

WE DON'T VISIT, WE LIVE IT!
.
Cratez- Thanks for the interview fam. Big up Startling Selective Services and D.A.D.E Wear! Salute
Posted by cratescienz at 8:54 PM