Interview with Finsta of Finsta Bundy -2014

I had the opportunity to interview Finsta of the group Finsta Bundy. Finsta Bundy was one of my fav's from the 90's and their records was on heavy rotation for me. Finsta still doing big things solo and as a group. Peep my interview with him below. 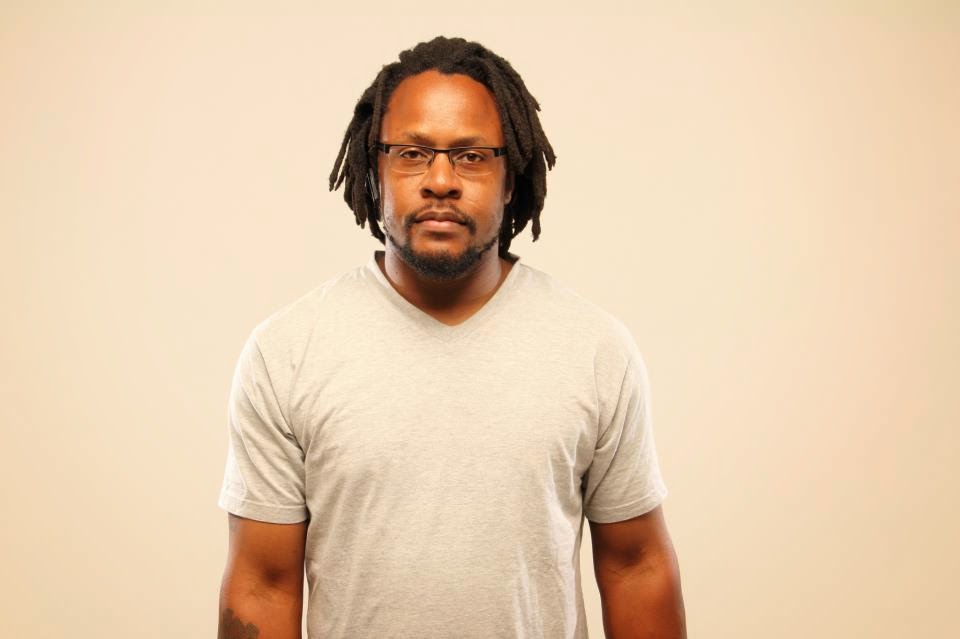 Cratez- Where are you from and grew up?

Finsta-I was born in St.Albans, Queens but my whole life I was raised in Brooklyn, grew up in Bushwick, Brooklyn. I'm out in NC right now but I'll always rep Bushwick.

Cratez- Tell me the history behind Finsta Bundy? How did the group come about? 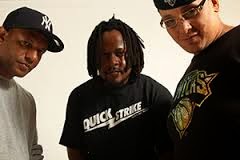 Finsta-Bundy & I grew up a block away from each other. We would see each in passing but never really clicked until late high school years. I found out he dj'ed and went to check him at the crib. He was dope and I'm pretty sure if he kept at it he would've been one of those blindfold, behind the back, dj with his sneaker type cats lol. Either way, I needed a dj so when my solo 12" Finsta Baby came out he was my dj but we used to chill, toke up and freestyle all the time on his mom's stoop. We worked out a routine where he would come from behind the set and drop a verse and after we did it in a show in N.C. we became Finsta & Bundy. Dj Primetime took over a lil' bit after.

Cratez- How did you meet Evil Dee and link up with the Beatminerz? 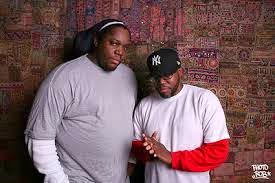 Finsta-I kinda got kicked out of Bishop Loughlin and ended up in Bushwick High School and in band class I saw this cat looking like he was gonna kill the drum set with how hard he was banging on them lol, that was Evil back then. We met there and eventually it turned to going to his crib and making beats. Before that I thought I would be making gospel tracks but at E's crib that's where I really got into making beats and at the time I was really writing just to hear lyrics on the beats but I knew I wasn't gonna be a singer so it was the next best thing for me. 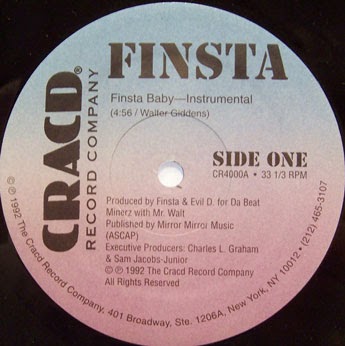 Finsta-Yep, very first release. We recorded in Calliope Studios and that was first time being in a real studio. Before that it was just demos at E's crib in Mr. Walt's room. After realizing some of the people who recorded there I was blown away to actually say, yeah I was there. We did everything for both songs in that same session, recorded and mixed it....it was a long night. Salute to the homie Chuck and R.I.P. Gucci Man, those were the cats who ran CRACD Records.

Cratez- The Freestyle for Mr Cee you guys did in 94 is classic. How did that came about with Cee?

Finsta-We was dealing with Tape Kingz and at the time Cee was putting out tapes with them. I can't remember exactly who initiated the collab but, that's Mr. Cee, hell yeah we'll go and do that lol. Funny listening back to that because before becoming Finsta Bundy we were close to calling ourselves Redrum and our lyrics were gonna be way grimier than when we started FB.

Cratez- That Crush record still knocks man. Was that your second solo release? 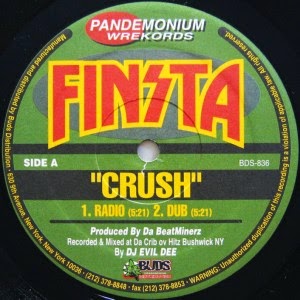 Finsta-Thanks. Yeah that was the second solo joint. Evil told me about a plan to start his label Pandemonium and was gonna let me set it off with a single and of course I was down. He let me hear that beat and it was a no brainer, I had to crush it.

Cratez- Are you still heavy in the production side? and what is your weapon of choice when making beats?

Finsta-Oh yeah, making beats is definitely a passion. Right now my weapon of choice is my trusted Akai MPC2000 and Korg Triton Le keyboard. I also rock with an MPC500. There's alot of  software out there that I plan to get into but for now I'm sticking with my 2000. I used to record mostly on Protools but that's been acting up so I switched Logic Pro.

Cratez- So SunnySide was the first single released as a group right? All produced by you. 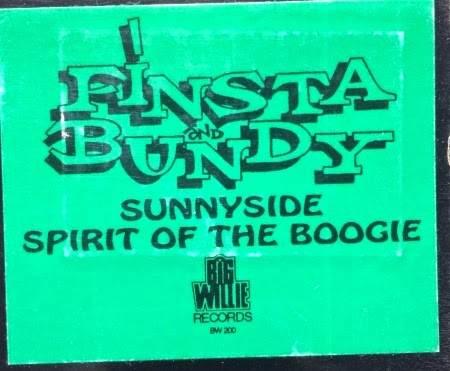 Finsta-Indeed, first Finsta Bundy single recorded at Mase Base Studio in Brooklyn and both sides produced by me. At that time I was making beats on a Yamaha VSS-200 that Evil gave me, which I'm trying to track down, and a Tascam 4 track I copped from Sam Ash. Them beats were grimy as hell, that's referring to the actual sound lol. In the studio I worked on an Akai S900 and a couple other models because homie changed models damn near every couple sessions.
Cratez- I remember copping the Who I be record in 95. Yo i rocked that record to death. Those two tracks were so grimy and heavy. Did that record give you guys alot of recognition? because alot of college stations were playing that record heavy. 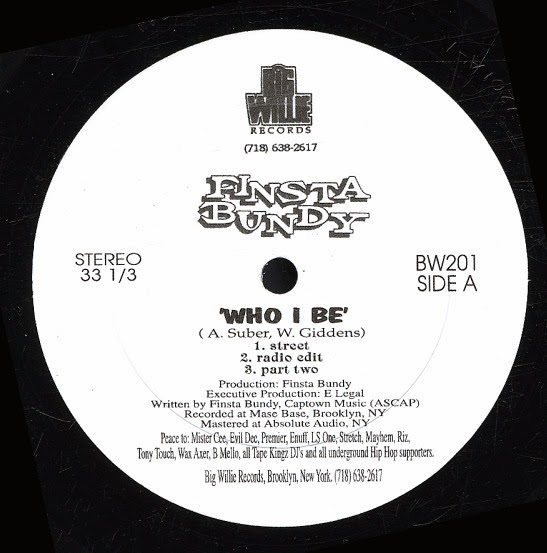 Finsta-A lot of people I didn't expect actually said they was diggin' it. Some heads recognized the Super Cat lick in the hook "I'm not sure anymore, more". Overall it did create some steam for us. Unfortunately for us with most of our singles, without management there was a disconnect when trying to actually figure out the reach our singles were getting. We were learning a lot of things hands on and it wasn't easy being an artist trying to keep the creativity going and at the same time trying keep up with the rest of the business while at the same dealing with creating families. It's way easier now with the Internet connection.

Cratez- Was Boogie spirit from 98 the last record to be out out as a group? 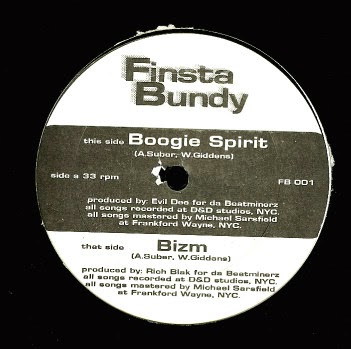 Finsta-It was the last record out with Tape Kingz but we released a Finsta Bundy 12" EP called "via FB" in 2012 under FinstaBundy Music. We plan to release more vinyl in the coming year. There's also a lot of other collab releases floating around but as a group and with solo projects we got more in the works.

Cratez- How did those releases by Chopped Herring Records come about? 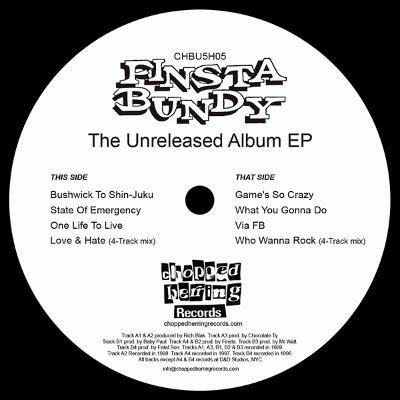 Finsta-That link came from Mr.Walt. Chopped Herring was already known for giving light to heads in Bushwick so it made sense we linked up. It started with trying to grab some older vinyl we may still have had around and just elevated to throwing out some new vinyl with unreleased joints.

Cratez- You got a radio show with Primetime on Beatminerz radio right? 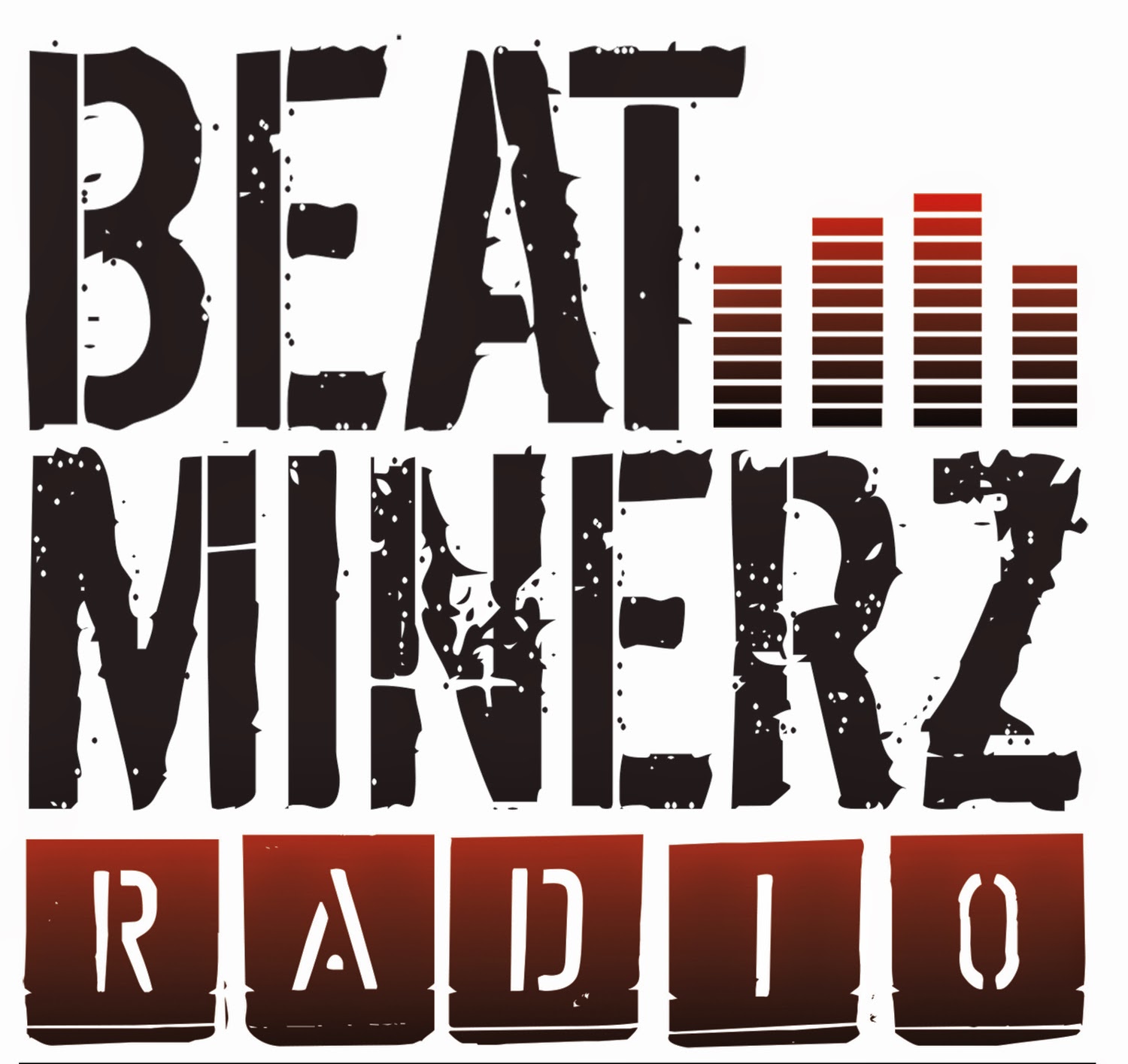 Finsta-Yeah Primetime and myself are  Bushwick Radio. We were a part of the original cast that formed Beatminerz Radio when it started on 88HipHop back in about '97, '98. It's only right we carry on tradition. We hold down the Monday 8-10pm est time slot on beatminerzradio.com which is also on the tunein app under beatminerzradio.

Cratez- Is there aonther Finsta Bundy album in the works? or solo projects?

Finsta-I'm happy to say there is a lot of Finsta Bundy projects on the way, solo and group wise. We had some grown up issues, jobs, family, paying bills, etc, lol...that sort of hindered some of the movement a bit but we're working a lil' harder this go round to make sure the projects we want to see out, come out. Keep an eye out for FinstaBundy Music, we got a lot in store for y'all.
Posted by cratescienz at 1:53 PM