Interview with producer The ARE -2014

I have been a fan of his production since 1997. The crew was K-Otix outa Huston Texas. Remember them? That EP "Spontaneity" from 97 and the "Universal' from 2001.Yea those are some of the classics from back then. The ARE has been dropping heavy beats for years and is still on his A Game. Peep my interview with The ARE. 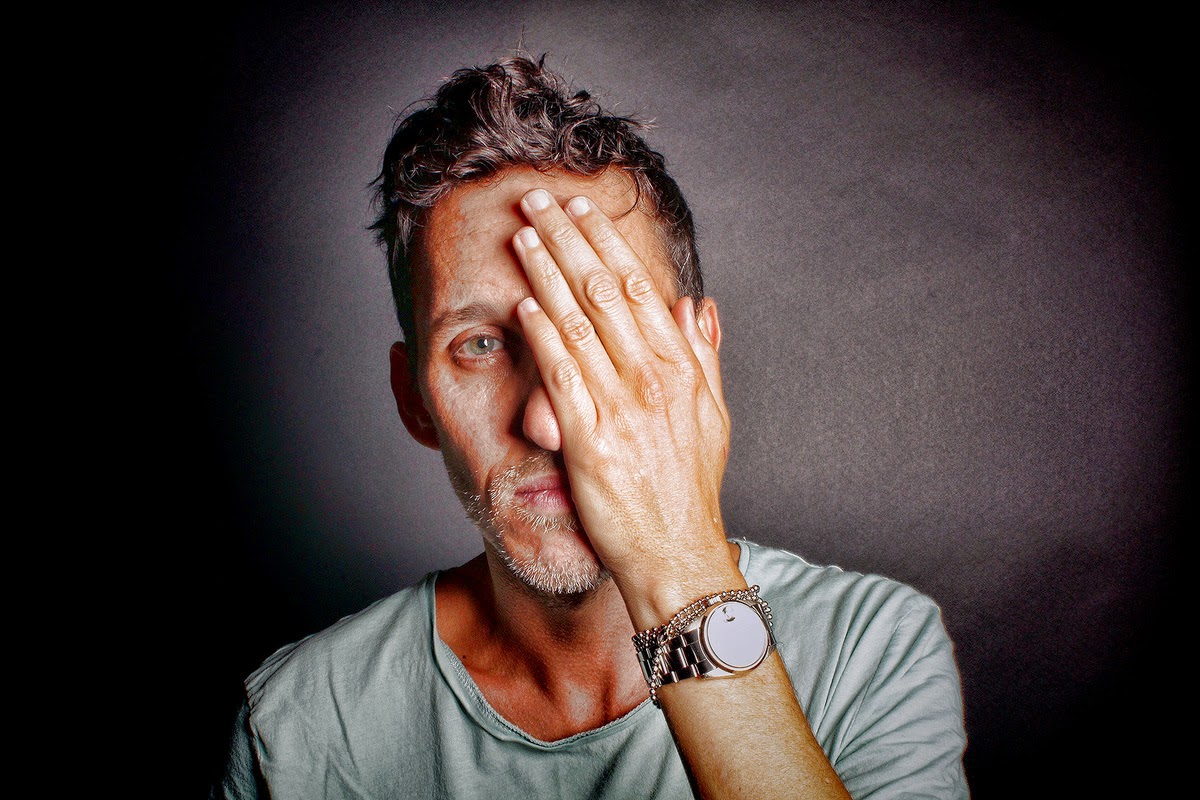 Cratez -­ where you from and grew up?

The ARE-I’m from Houston, Tx. I grew up there and spent

most of my youth there.

Cratez- Who were your influences coming up?

TheARE-I think my earliest influences in Hip Hop would

have to start with Marley Marl. I had many

influences before that when it came to shaping my

Beatles and much more but when it came to hip

hop, hearing Marley’s production is what made me

curious as to how something from another record

could be looped up and used in the way he was

using it. Soon after, I was pulling inspiration from

more. Basically I was running to the record store

and reading the back of the records to check

Cratez-The first time i heard your production was when

you were part of K­Otix back in 97. I remember the

vinyl record "Spontaneity " Still got doubles of that

by the way lol.Then ofcourse the "do you wanna be

an mc "and questions records.Tell me about the 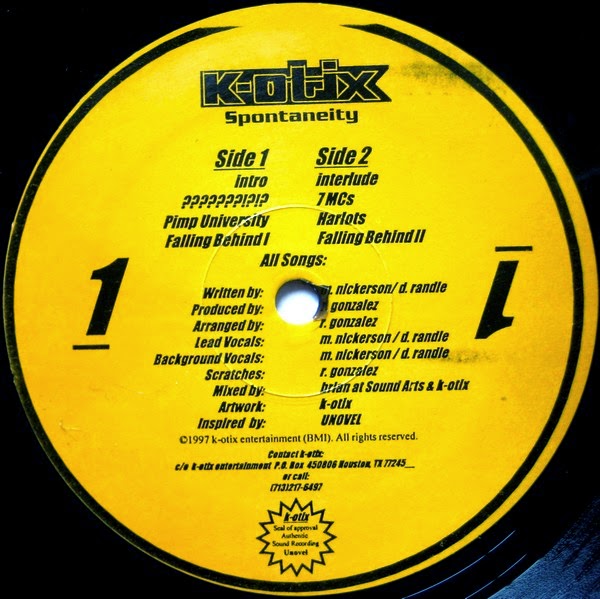 The ARE-I was living in NY for a little while around 1990. I

sampler so I decided to move back to Houston to

save money and buy one. When I finally got my

One of my tapes got into the hands of Doug King

his own label. He had 2 guys that he wanted to

sign but they were more east coast influenced and

he felt that my music fit them best. We had a

meeting and I met Mic and D and we started

recording music from that point on. We eventually

left the label and continued doing shows and

realized there was an independent movement

building and we could press our own vinyl and get

it distributed. From there our goal was just that,

record and EP and press it up, record a few singles

and eventually create an album.

Cratez-What is your studio set up like? and what is your

weapon of choice when creating beats? 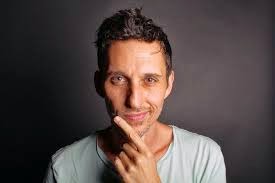 The ARE-I’ve always kept it simple. From the very beginning

I used the Ensoniq EPS and eventually moved to

the Ensoniq ASR­10. I still try and create a majority

of the music with the Ensoniq but occasionally I’ll

pull up some plugins in protools to add to the track

and help broaden the sound. So right now my main

set up is Ensoniq ASR­10, Pro tools and a

you link up with Oh No and Kay for that Album?

and what inspired you to make that tribute?

The ARE-Michael Jackson and The Jackson 5 are among

to be honest, when I did that project I was just

looking for a good concept to help promote me as

a producer. At that time, producers were starting to

come out of the shadows and create instrumental

projects to help them make a name for themselves

and eventually help them place tracks with other

artist. I had already leaked out 5 or 6 beat cd’s so I

wanted to expand my concepts. Kay and I have

been friends since the early 90’s when K­otix was

formed. He was part of a group called Example.

After he heard the Jacksons stuff I did he wanted

to take the concept further and put vocals on it.

Kay’s name is Kevin Jackson and he had already

worked with Oh No who’s name happens to be

Michael Jackson. So Dem Damb Jacksons is a

play on both Kay and Oh No as well as The

Cratez- Whats the story behind track masters? how did

you link up with them?

The ARE-After real easing a slew of beat projects, I linked up

with Punchline of the EMC crew to produce a few

songs for their album. Punchline has always been

a close friend to Poke & Tone who he eventually

passed a beat cd to because they were looking to

re­build the Trackmaster team. One day I received

a phone call from Poke and he wanted to know if

to work on the Lil Kim album. I was on a plane to

NY within a couple of weeks and we worked out of

Battery Studios for 3 months. During that time, we

and a a gang of other songs to shop. I still work

with Poke & Tone but I’m back in Houston as my 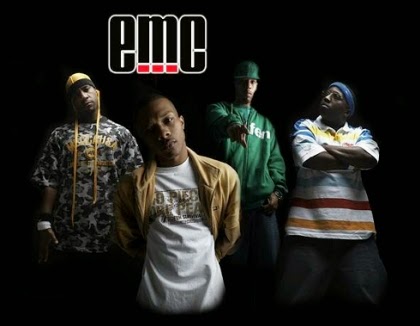 Cratez-Uphill piece of mind is a great album. track 20

with some one rhyming on it. Who was it? Shit

The ARE-Yeah, Fly was always a favorite of mine. An Mc

from Houston Named Cardiac is featured on that

album. He got the beat through a friend and

Cratez- Shit that's right! Off of the Still Climbing EP

Cratez-You are featured a lot on rappers i know How

did you link up with them?

now. We met because he was going to college in

Houston and was friends with several of my

friends. When he started Rappersiknow, he

initially wanted it to be a site that showcased his

friends (Rappers he knew) and that included K-
otix, Kay of Example and a handful of others. We

are all still family and work together as much as

daughter? Tell me about that album.and

beautiful video by the way.


The ARE-Marvin’s Here, My Dear has always been a

favorite of mine. The tone and the subject matter

of that album is very real. I split up from my ex

girlfriend and moved out on my own. It was a

difficult situation because I had been a stay at

home father because I could work from home.

My daughter and I have a bond like no other and

continues to be that way. However, the tension

and harassment was at an all time high from my

therapeutic for me. I decided to close that

chapter of my life by recreating the album in my

way and make it a tribute to my daughter and

fathers out there that are being REAL fathers to

there children. It means a lot.

Cratez- Salute to that fam.

The ARE-Zumbi and I are working on new material now. I took

a little break from the industry to try and reset my

creativity. I hope we can finish things up soon.

Cratez-Are you a vinyl digger?

The ARE-Oh Yes! I’v been heavy in the vinyl game since

the early 90’s. At one point I started scaling

down my collection because I just had too many

records and no place to store them. Nowadays, I

try and keep my collection down to the things I

like my collection to be gems that I’d play, not

Cratez- What's in the future for The Are? new

The ARE-After taking a break, I’m getting back to biz and

project now. I just recently did something for

EMC and there is a few other things bubbling. I

DJ quite often now. I do a 45 set at Onion Creek

in the Heights and I have a weekly on Saturdays

at the Flat. DJing keeps things fun for me and

thats what this music is supposed to be about.

having fun and being creative. When it stops

being fun, you really have to step back and re-
evaluate what your doing. You have to get back

to doing what you started doing it for in the

Cratez- Oh and by the way peep this Tribe tribute right here.

Cratez-I want to thank for The ARE for giving me the opportunity for the interview. Peace

Posted by cratescienz at 1:32 AM