Interview with Rob Geddis aka latebloomer201 (2014)

Latebloomer is a true vinyl digger that knows his music. I had the opportunity to interview the jersey native about his wax, beats, and knowledge of music. Peep the interview. 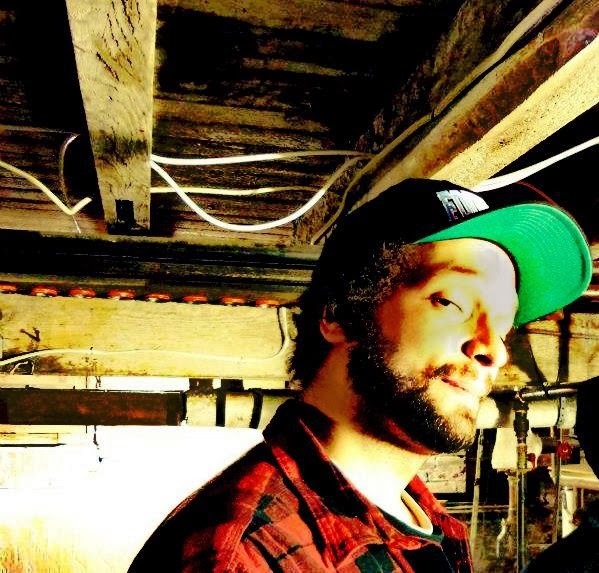 Cratez-Tell people out there where you from and grew up?
-
Rob-I was born and raised in NJ. I lived in North Jersey until I was 16 and then moved down to the Trenton area. Been there since with a few brief stints in the mid west and various places.

Cratez-who were your influences and who were you listening to coming up?
-
Rob- I grew listening to a little of everything. My parents had a wide range of music in the house. Little bit of everything was getting play from 70s soul to punk rock. I was real big into the beatles as i child, and then my sister got me into hip-hop via the native tongues. She brought home de las "buddy" single and I was hooked. Pretty much strictly hip-hop from then on. As far as influences go, I have to say Prince Paul, Premier, Large Professor, Pete Rock. All the heavy hitters really. I'm also a huge fan of J- Swift, Lord Digga and The Beat Miners. The way J-Swift sampled jazz is amazing to me.
-
Cratez-How long you been making beats,dejaying, and digging?

Rob- I started dejaying my sophmore year in high school. Mainly just messing around on friends turntables. Once I had my own set up, I started buying records like a mad man. Once I had gotten a few records that had original samples thats when I got interested in making beats. I had a little gemini mixer with the loop function and a tape 4 track and that was my first set up. As far as digging, I've been buying records since I was a kid. Like I said I was huge on the beatles so those were the first records I got. Somewhere around 7 or 8 years old. Ive always had a collectors mind, so that something thats been present in my life for a long time.
-

Cratez-Describe your studio set up?
-
Rob- My studio is pretty bare bones. Most of beats are made straight from vinyl into the machine and then recorded into a hard disk recorder. If stuff needs to be done further thats when software comes into play, but its not done at my home.

Cratez- what is your weapon of choice when it comes to making beats?
-
Rob- . Akai MPC 2000xl. All day. I've used various machines and the xl just works for me. I would love to have an mpc 60 but the XL will always be my staple.

Cratez-I'm feeling your beats fam. That watch the skies joint is smooth. Then i peeped the color blind joint and it was heavy. What is your process when it comes to making a dope beat?


Rob- Thanks man. I try not to think about it too much. Ive found that when I sit down at the machine to specifically make a beat it never really works. Usually I'll just sit with stack and just listen to records. I acquire a decent amount of vinyl weekly so I'm usually going through that. If not I'm going through the stacks and re-listening to older stuff. I just listen to music until something pops up. I try to keep it as stress free as possible. Production is an escape from the everyday bullshit for me. I dont want to ruin that feeling.

Cratez-I must say i am impressed with your knowledge and vinyl collection. What do you look for when you go out digging?
-
Rob- Nothing in particular. Unless I know of an artist or group it usually starts with how it looks. I worked at a few record stores over the years and theres records that you see all the time. Anything that looks out of the norm. And there's the usual info that most diggers use, year/label/personnel/producer , etc . Most importantly I look for records I can afford haha. 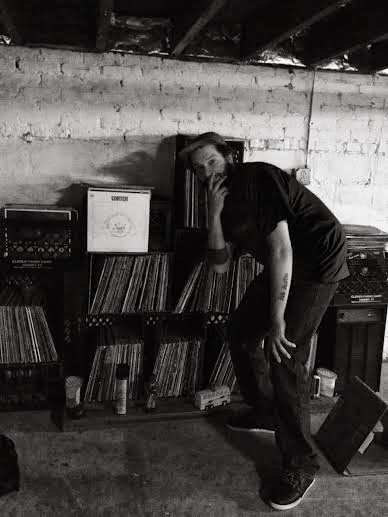 Rob- I have a bunch of stuff. Hip-Hop and Jazz is really where my digging started so I have a bunch of that. I like good music, the genre doesnt really matter to me. The past few years Ive been trying to focus on european prog rock and jazz from the eastern block. I buy anything though. Depends really on where I'm digging. I mostly have LPs and 12 inch singles. I have a few 45s that I consider crucial, Lee Moses, Eddie Bo, etc. 45 collecting is a pretty huge undertaking. Theres just so much. I'll go through 45s at the flea markets or shops but for the most part I stick to LPs. For now anyway.

Cratez- Do you have any specific sound you look for when sampling?
-
Rob- I would like to say no, but when I listen to my own stuff, theres a lot of softer tones. I'm a big fan of choral singing over stuff as well. Its tough to say. When it comes down to it, a dope sample is a dope sample. Its probably easier to name the things I'm not big on sampling. Classical samples are usually a no-no for me. I just dont really like the way it sounds, and I feel like you've kind of put yourself in a hardcore/horrorcore box when its done. Ive heard some good stuff with classical samples, but its just not for me.

Rob- The only spot I'm willing to disclose is The Princeton Record Exchange. They have enough of a reputation that its not revealing some secret. I've worked there in the past and have close ties to the owner and managers. I get some perks. Back room access, etc. Other than that I'm going to have to plead the 5th.

Cratez-What record is your most  prized possession in your collection ? or do you have a few?
-

Rob- Theres a few. My favorite records (at least right now) are "McDonald and Giles" - S/T, "Bud Shank - Let it Be", "De La Soul - Buhloone Mind State". Those are fairly easy to get. Theyre just my favorite listening records. As far as one that are prized for their monetary value or rarity, Cortex - "troupeau blue", Eddie Russ " Fresh Out" , Les Demerle "Spectrum". Those are the ones I can pick out off hand. My first copy of Eugene McDaniels " Headless Heroes" is another big one. I copped it when I was 17 or so and when I did I sort of felt like I had arrived. Like I wasnt a real digger until I had it. At the time that sort of thing was important. It was like unlocking an acheivement in a video game. Now I couldnt care less about that sort of thing. Its still one of my favorites though.

Cratez-  Musically What is in the future for LateBloomer?
-
Rob- Right now I have an short album/ep thing that I've been working on with my homie, Moemaw Naedon, out of pittsburgh. Its actaully been delayed due to some flooding in my studio and my general lack of a sense of urgency. That should be available very soon though. After that, I'm trying to put something together with "The Custodian of Records". We've been talking about it for a few years now and I think its about time. And I'm always down to work with anybody who wants to work with me. Just remember, beats cost money. We all have to eat.


Cratez-  Any thing you want to plug? Let the people know whats going on with digger extraordinaire.
-
Rob- Like I said, the album with Moemaw Naedon should be available soon. Its called "Circular Signals". Other than that, I always have music up at Soundcloud.com/the-

latebloomer. I also have an old beat "tape" which is available on bandcamp.com, called "mark the minutes". Its a name your price download. I will keep you posted on more stuff as it comes out. Thanks for the questions and all you do for the culture. Peace homie!
-
Rob-" shouts to D-Flush, Cool P and the AS crew, Paul Martin, Jared, Darren Revilla, Moemaw Naedon and the FPX crew, Dready Mercury, J Playboy,  Barry,TCOR, Jon and Ben from the Princeton Record Exchange, my girl for putting up with the records and cratescienz for looking me out. Peace"
Posted by cratescienz at 6:30 PM