Back in the mid 90's there were two records that were released by J-Force  that always got alot of burn by me on my radio show in the mid 90s. Those two singles were called "For All Thoze" and "Bulls Eye" . Two of my favorites to this day. J is a  beast with the SP-1200  and you can recognize that with his CD release called "Cadillac Respect". Look out for more heat by J in the future cuz he is definitely gonna keep giving you that Boom Bap. 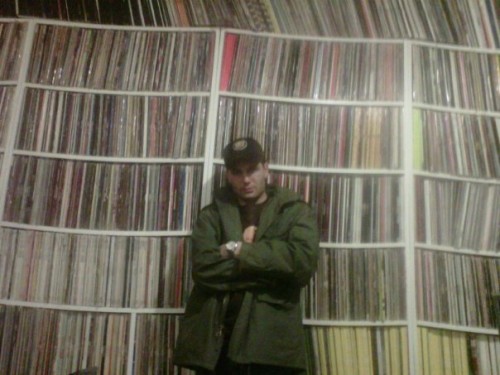 Cratez- where you from and grew up?
-
J-Force- Born and raised in Staten til about 8 years old then moved upstate to Rockland County NY.

Cratez-When did you start making beats ?and was ski the one who taught you?
-
J-Force- Started making beats around 1990-1991. Ski didn't really teach me how to make beats but he did show me the SP-1200 and teach me the inner workings and tricks of that machine in particular.

Cratez- Are your drumming skills an advantage to making beats?
-
J-Force- I believe it is definetley an advantage for me or anyone else for that matter to be a drummer first and a beatmaker second. I know how sampled drums should sound and swing naturally. More often than not, I steal kicks, hats, and snares that just get deleted and never make the final cut due to tinnyness or lack of fullness. I hear other producers with great melodies but drums that sound like they need a facelift. In the production game,drums to me are what separates the men from the boys.
-
Cratez- Were you in a band before making beats or just played the drums ?
-
J-Force- I was in about 2 bands in my life -both for about 2 seconds. For the most part I am really a drum "soloist" that prefers playing from the heart without structure or musical barriers.

Cratez- I must tell you i still got the bulls eye and for all thoze records in my crate. And the for all thoze joint got heavy rotation on my old radio show back then. How come you never released any thing after that?
-
J-Force- I am actually about to release my third 12" single that was recorded in 1998 but never was made available until now. The first 300 pressings will be on a "limited" pink opaque viny and unlimited copies thereafter on regular black wax. Due to an overload of emails from fans overseas throughout the years who want it after hearing the leaks on youtube, I have decided to make it a double sided single (also available for digital download on itunes etc.) that contains the original and revisit versions of a joint called "Pink Chicken" as well a never heard before track from 1998 called "Hit The Untrue" which was recorded and mixed by Marley Marl @ Marley's House of Hitz.

Cratez- How did you meet Marley marl and peterock? and how did you get involved on the future flavors radio show back then? that must have been great.

J-Force-. I initially met Marley at WBLS in Manhatten during my deejay Kev e Kev's run on the "In Control Radio Show" then  years later at a record store known as Tapeville USA in Rockland County. It was shortly after that when Marley  invited me to join him and Pete for the Future Flavas radio show that  broadcasted Sunday nights on Hot 97 and later on Power 105.

Cratez-Is the sp-1200  always been your weapon of choice? Do you still rock it to this day?

J-Force-. The SP-1200 still remains my weapon of choice these days  but at time to time I do utilize the Akai MPC-2000XL.

Cratez- What is your production style?

Cratez-I didn't even know you worked with Killa sha(R.I.P) How was it working with him?and how did that come about?
-
J-Force- It was great working with Killa Sha, I miss that guy. Marley called on me to supply Sha with a few beats for the Black Eminem LP after the success of the " Nightshiftin" single.For some reason production credits got mixed up on there but I did the "Black Dracula" joint that somehow Marley was credited for instead. I then went on to produce three more including "Raging Bull" and a track called "Analyze"  that came out on Sha's "Billy Cole's Story" CD.


Cratez- the Cadillac respect project is straight heat. How did the name and project come about? and can there be another revisit project? 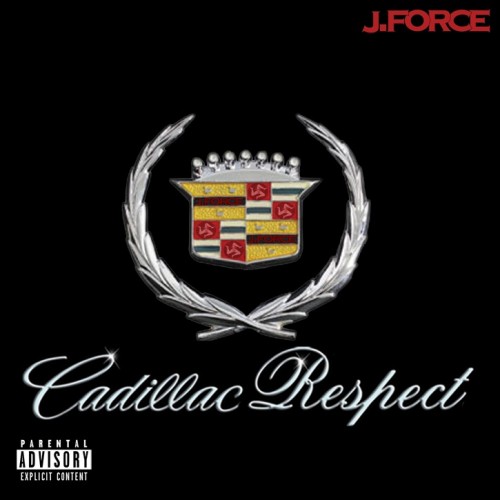 J-Force-. "Cadillac Respect" means many things. It is mainly the highest form of "street" respect. Just look at my track record and all the heavy weights I came up with. I've been doing this shit for years so just like when you see a sharp caddy on the street, yield me the right of way and admire the music I put forth just like you would admire the chromed out grills and wheels on a hot Cadillac.

Cratez-What is the difference between a revisit and a remix?

J-Force- A remix technically is the re-altering of audio qualities such as levels of bass, mids or treble. A revisit is basically the altering of a known classic vocal with completely new music.

Cratez-  Whats your studio set up right now?
-
J-Force- I have a pre-production facility set up now that contains 2 SP-1200's, an Akai MPC 2000XL, 2 Technic 1200 turntables, a mixing board and an external Tascam CD burner.

Cratez- how many records do have more or less in your collection ? and do you still go vinyl digging?
-
J-Force- I will never stop digging for vinyl as I long as I breath air. I have been recently unloading records by the batch or trading stacks to sample with other producer friends of mine. I have no idea on exactly how many I have in my pocession, there are way too many to count.

Posted by cratescienz at 9:40 PM