Reppin Hartford Connecticut comes one of the dopest Mc's in the game today. Here is my interview with the god Blacastan . 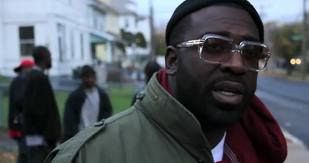 Cratez: Where you from and grew up?
-
Blac: I'm from Hartford, Connecticut born and raised. I grew up mainly at the bottom of Tower avenue near the Ville

Cratez: Who were your influences musically coming up ?

Blac: My musical influences were the Beastie Boys,Public Enemy,LL,Run Dmc,and the list goes on. However the artist that influenced me the most would be Jeru The Damaja,and definitely Wu-Tang.

Cratez: Where does the name Blacastan come from?
-
Blac: The name Blacastan comes from the CNN era in hip hop. CNN (Capone -N- Noreaga) had this thing were they used middle eastern countries to rename hoods in New York. I was locked up in that period of hip hop and needless to say I was a big fan of what they were doing. One day my cellmate who was also a huge CNN fan said Black you should call yourself BLACASTAN. I thought it was the whackest emcee name I had ever heard in my life,but I started to play around with it and used it in a couple of rhymes and it stuck and grew on me,...


Cratez: How long have you been writing and when did you decide to do it professionally?

Blac: I've been writing officially since '97-'98 I actually wrote 'The Life of A Tape' in '98 while I was locked up, Prior to that when I was 15 I appeared on 12" local single that was in '95. So, I guess you could say I've been writing since '95. I got locked up in '96 got out in '02 and started working on music probably a year after I was released my first official project was 'Me Against the Radio' (mixtape/street album) released locally in '05-'06 it ended up gettin' bootlegged online. Which helped to get my name out there on a regional and international level. However my first official album didn't come out until 2010 entitled 'Blac Sabbath' on Brick records,... 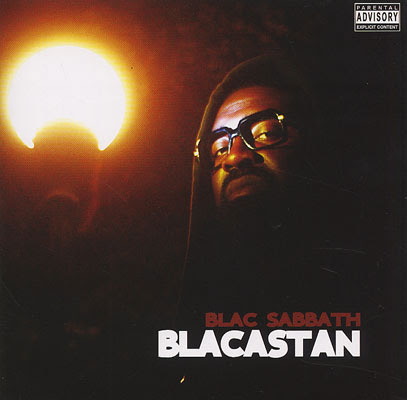 Cratez:How did you meet Apathy? and was that how you got involved with Demigodz?

Blac: He probably doesn't remember this,but we actually met for the first time at a show in Boston where he was headlining alongside Krumb Snatcha. Krumb introduced us and that actually was the first time I actually met Ap in passing. Then a couple years after that I was invited up to be a guess on his radio show at UCONN via myspace. I went up did that first radio show with Ap,we hit it off right away based on our mutual love and knowledge of hip hop,he invited me back up the following week then I ended up goin' up to the show every week for the next 3 years. Basically we bonded through our mutual love for hip hop the funny thing is we never ever played our own music on the show and we never plugged our own projects on the show it was like an unspoken code that we had. It actually took about 2 years of knowing each other before we even did a record together, before becoming a DEMIGOD I had already felt like one so to me I was already a DEMIGOD before I was officially made a member because I already looked at Ap as a brother,...

Cratez: How did the Brick records deal come about?
-
Blac:The Brick record situation came along after the 'Me Against the Radio' project was already out for maybe 3 years and was making noise locally and online. My brother Correct-1 had actually sent a copy up to UGHH kinda like a physical CD blast on some promo shit. Prior to that he was already in my ear about this kid name Trees from East Hartford who worked up at UGHH,anyhow Trees came across the disc and didn't pay it any mind. Correct-1 somehow got intouch with Trees and invited him down to a local show that we had going on in Connecticut,Trees came through and we actually met. After him watchin' me perform he went back to Boston were he reviewed the CD and we got in contact and he said I'm gonna help you get a deal. He had connections at Brick and the rest is history boom my first indie deal,...


Cratez:Your style is like story telling. It's like your rhyming about your life experiences and what you been through.i can picture in my mind what you rhyming  about on your tracks. Am i right?

Blac: Story telling is definitely a strong point for me, most of my stories a far out there but still loosely based on actual life. I definitely try to paint pictures,...


Cratez: Tell me about  your first release Me against the radio. What  was behind that release? 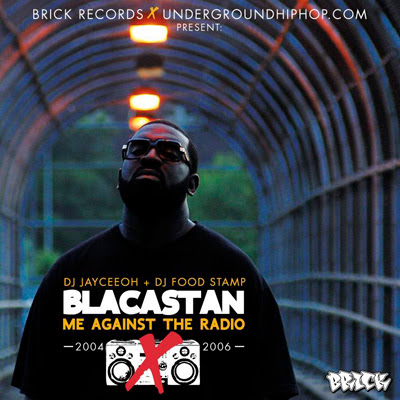 Blac: My first release 'Me Against the Radio' was jus' a raw project both lyrically and sonically I had no real direction at all in mind when I was making that project. I barely knew how to write a 16 bar verse, I put out 'Me Against the Radio' for one particular purpose and that was I was completely against mainstream radio,! I wanted to let people know that A,...real hip hop was still relevant and B,...that I was capable of making it,....(period)

Cratez: The cover of Master Builder part 2 is very interesting .Tell me about that cover? 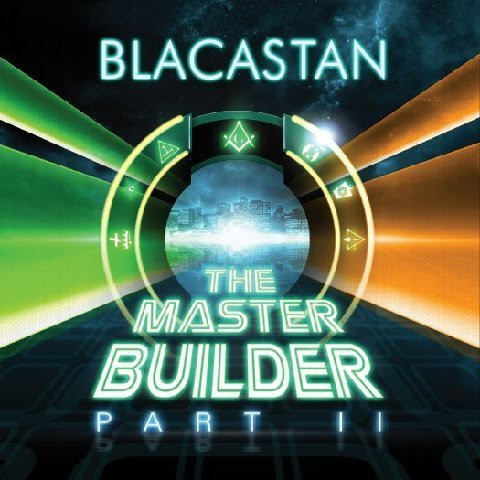 Blac: The artwork for Master Builder II,...yeah had a lot of symbols up there huh,? I was tryin' to go for a (TRON) look and a Neon/Sci-Fi feel. I mean if you really look at what a Master Builder actually is only then will you understand what the symbols are for,...

Cratez:Im a 90s head. To me Demigodz,AOTP , always bring that 90s boom bap feel. Do you feel thats what hiphop needs now in this day and age?  Especially with the Mainstream garbage that's radio is playing nowadays.
-
Blac: Demigodz,and AOTP are definitely based in boom bap without a question,for the simple fact that everyone involved is a true student of the golden era of hip hop. I honestly feel like AOTP created their own very distinct brand of hip hop there's nothing else like it in the world and if so it's an offspring of what we do,! So, my answer is yes hip hop needs DEMIGODZ,AOTP,La Coka,Sean Price etc,etc,...! 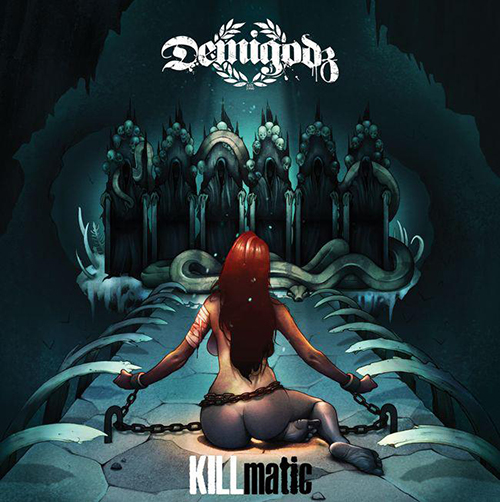 Cratez: On the Blac Sabbath album you did a track called Cratediggaz. Love that track cause im a crate digga myself. Was that track paying homage to diggers .djs, and beat makers?

Blac: Crate Diggaz was definitely dedicated to the art of digging,the producer dj and all that. Originally I was gonna add a 3rd verse where I would actually shout out certain producers,dj's etc,...but I left that idea an idea I didn't want to appear too cliche. I guess I made the right choice cause people love that joint,!


Cratez: On your past projects you produced a couple of tracks. The Life of a tape track is heavy. Are you still doing production?
-
Blac: Yeah, 'The Life of A Tape' was a serious jewel both production wise and lyrically. I always produced even as a kid my man JD had alil set up at his crib where we used to make pause tapes and loop lil' piano things that we would play on a casio keyboard with a yamaha drum machine,...(oh shit) The answer to the question is yes I still produce,just because I enjoy playing with the MPC,EPS,etc...I love throwing a dope record on and listening for that dope loop and grabbing it and looping it or choppin' it down to rearrange it,...so, the answer is yes,!!! The only problem with me producing is that I don't think people understand how much i enjoy it,and I don't think people even would understand me as a producer,!!!
-
Cratez: I noticed Colombeyond has produced alot of tracks for you.Is he your main producer?

Blac: ColomBeyond is my brother,! Seriously man thats how we became tight through a strong mutual love for the music and not just that, but a strong mutual love for the traditional approach to making it,! I first got put on to ColomBeyond by Mark Fury who was in a group with ColomBeyond at the time. I was riding around with Mark and he was playing some incredible shit that had my neck snappin' in the passenger side of his light blue Acura,...I was like: "Oooh Shit,Who the Fuck Made These Beats",? He was like: "My man ColomBeyond",...Then I was like: "What is he producing this shit on",? He was like: "an MPC,an SP-1200,an ASR",....that was it after I heard that I had to meet 'em and the rest is history,he is my go to producer I feel like our styles match,but I've recently started workin' wit a couple different producers also,..

Cratez:To me you and Dj Doom have good chemistry . Your work with him is ill. Are you two working on anything ?

Blac: DJ DOOM is my brother word up,!!! We actually jus' inked a deal to do an EP with a label out of UK called Blunted Astronaut. Dope story is they agreed to put out an official 12" single and DJ DOOM and reached out to O.C. to be featured on the single. He agreed and I ended up engineering the entire session with O.C. it's moments like that where I'm floored like oh shit I'm sitting here recording a session wit a legend,! Yeah shout out to DJ DOOM keep an eye out for our EP on Blunted Astronaut comin' sometime next year,...

Cratez: Loving the new Demigodz Album by the way. Whats in the future for Blacastan? New projects ?
-
Blac: Thanks it was an honor and a pleasure being able to take part in KILLmatic alot of places are calling it record of the year and shit,...so thats dope,! At the moment I'm workin' on a complete album wit' Reef the Lost Cauze/ Stu-Bangers and Vanderslice on Man Bites Dog I've recorded about 13 joints for that project. I'm working on an EP with DJ DOOM,I'm sketchin' out my second album as well and I know you'll be pleased to hear we have officially started work on the next AOTP album called "In Death Reborn" no set date at the moment but trust me it's gonna be crazy,!

-Peace Fam stay up and holla if you ever need anything iiiight ONE,!!!

Posted by cratescienz at 9:52 PM